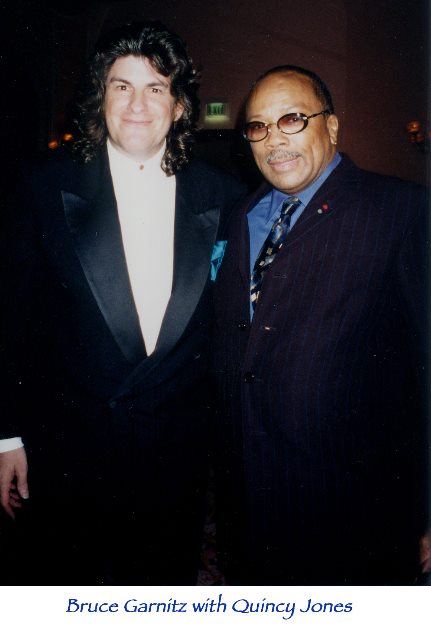 Originally from Chicago, Bruce honed his talents in San Francisco's eclectic music scene and polished them at Berklee College of Music in Boston. After graduating, he joined the faculty. Arriving in Los Angeles, Bruce built a reputation for musical excellence. Bruce is an outstanding entertainer, a dynamic guitarist and vocalist and has toured worldwide with his band.

An accomplished composer, arranger, songwriter and musical director, his musical talents have been heard in several popular television shows. His song "Telephone Blues" was in the Sony Pictures release "Are We There Yet?", his song "Circles" was in the Warner Bros. current release "Scooby-Doo! Curse of the Lake Monster" and his song "Wishing Well" as well as an on camera performance by Bruce was featured in an episode of the TV Show: "Children's Hospital".  Most recently, he had four songs in the made for TV movie: “Game of Love” starring Heather Locklear in which she sings the song “We’ll Be Together One Day” which he wrote for the film and which she sings in one of the scenes.

His latest CD, “Thin Ice” and his previous CD ”I Must Be Dreamin'" are both available through iTunes, Amazon and through this site.

A few words about Bruce's music: Bruce's music has been described as "Jazz-Clectic". There is a strong Blues influence from early Chicago roots. With a voice that channels the character in each song, ranging from the lighter to darker sides of life, usually with a twist, his songs take the audience on a musical, maiden voyage through the joys, sorrows and absurdities of the world around us.